‘Win Me Back’ – Synergy Fundraising 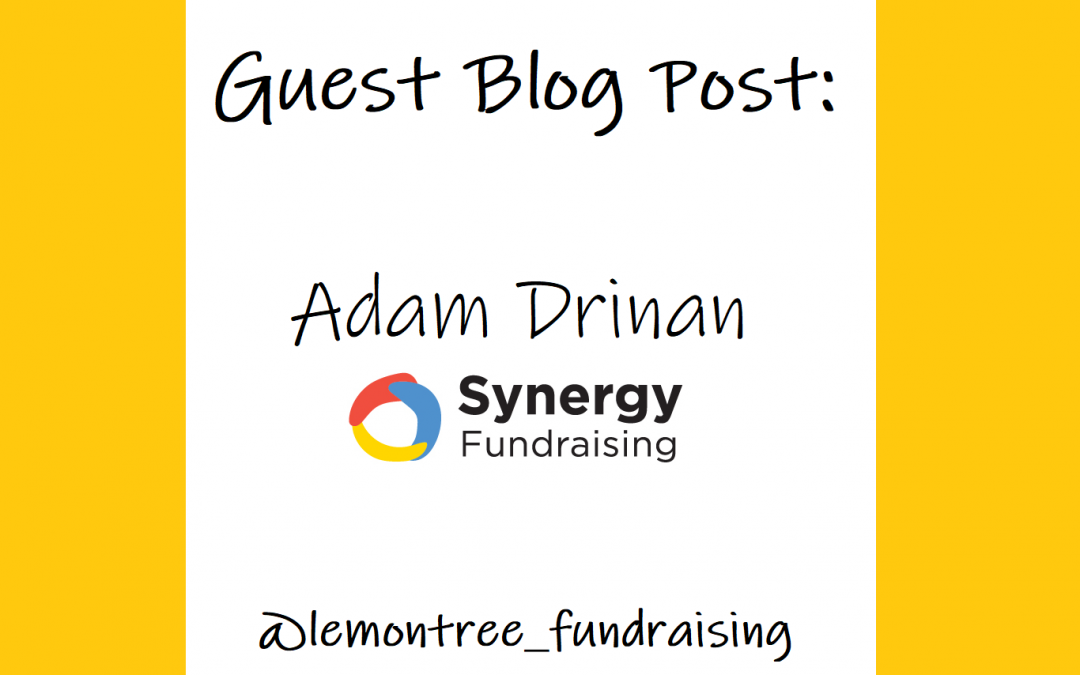 The best way to win back donors is easy.   Don’t lose them in the first place.

While it seems obvious, I’m a believer in tackling re-activation proactively but also focussing on the issues that increase donor attrition in the first place.

For that reason – here is my top five tips for winning donors back and my top 5 tips on how to avoid losing them at all!

Tips to win donors back!

Are you watching and waiting or taking action?

We know the most important factor in whether someone will support you again is recency – so let’s say a donor who used to give every few months stops.   What will you do? Wait until they move from a 0-12 segment to a 13-24.

The longer you wait the harder it will be to get a donor back in the fold.   Don’t move donors around in pots that effectively mean nothing!

Surveys are magical things. Ever asked donors this question on a scale of 1-10?

“How likely will you support organisation x in the next 12 months?

Anyone that says 7 or less is flat out telling you they aren’t committed – you’ve got an opportunity to take action right there.

Drop me a line via our website and I’ll tell you exactly what to do when donors answer 7 or less and what to do with donors that say 8, 9, 10. (Yes – even the 10 donors require some love!)

Did you acquire a donor with a particular type of story, ask or case study?   I’ve seen charities acquire donors on one topic and instantly switch to other things.   It can be dangerous, try going back to what appealed to donors in the first place and see if anything changes.

The perfect storm occurs here when charities change the messaging on donors that haven’t been onboarded well (eg if your welcome/onboarding processes suck changing the messaging too quickly can really hurt).

If you’re big or small – over time, you’ll see similarities between the donors that attrite and supporters that keep supporting you.

You’ll see patterns emerge that can start to predict with some accuracy who’s likely to stop supporting you.

If your own data isn’t painting a picture you can get some external assistance. Much like data hygiene this can cost less than the opportunities lost by doing nothing.

Once you can spot the patterns.   You can even take action on HALF of the donors so you can have a control group to see if your actions made any noticeable difference. It’s a game of patience and small tweaks but well worth doing.

It may be hard to say, but there are some donors that will be resistant to even your most charming efforts to win them back.

Peer to peer fundraising is a great example. These events can bring in A LOT of new donors, but the 2nd gift rates are low. For many it’s the thrill of the event rather than the cause that’s the driving factor.

If you can’t offer the next new, exciting thing then they’ll be off. It’s either time to innovate or cut them lose and concentrate your efforts elsewhere.

Fighting a losing battle can cost you more even donors because you’re distracted by a fight you can’t win.

While data quality might not be sexy it’s essential to minimise what I would call “voluntary attrition”.

Examples of this would be washing your data against the Postal Address File (PAF) from Australia Post.

Some of you might have something like QAS or Hopewiser as part of your CRM – if you do, well done, because you’re verifying addresses in real time when you enter new prospects or supporters to your database.   (Have you ever ordered a pizza or uber eats and entered just a few characters here and there to bring up a perfectly formatted address – it’s technology that’s available to all of us now)

If you’re smaller organisation or don’t have a CRM that’s capable of adding a real time option – don’t worry.   You CAN get someone else to do it for you.   You’ll be able to find out who’s no longer at a certain address, sometimes you’ll even be able to access the new address.   If you’re part of a collaborative like Lemontree you’ll also be able to get insights on donor addresses that are incorrect BEFORE you mail them to find out.   What you can save on printing and postage can easily cover any costs involved.

The sin here is that a lot of charities don’t take either approach, and I’ll never understand why.   Even charities that pay hundreds of to acquire a donor won’t pay a few cents to verify their details – it’s crazy!

Crazier still? Databases without a high percentage of records with an email address and contact phone numbers.

We know that around 1 in 7 people move every year, but you’ll know yourself that while you might get a new address chances are, you’ll always keep that Gmail you set up 10 years ago and you wouldn’t change your mobile number you’ve had since a Nokia 8350 was the shit!

I’ll cover this one by giving an example of what NOT to do.

I recently spotted a post on Facebook about an issue that shocked me! It was an animal welfare issue I wasn’t aware of – so I clicked the FB post, ended up on a nice landing page and donated within a few minutes.

That’s when the experience went from hero to zero.   I got a really generic receipt by email – it didn’t even mention the project that caught my attention in the first place.

Even as someone that’s totally aware that small gifts aren’t tagged, I’d still like my communications to talk about my first gift and that I was helping the project that inspired me to click through and donate.

Worse still, since that donation they’ve gone out of their way to talk about everything BUT the issue that encouraged me to act.

Now someone at the organisation in question is probably wondering why so many donors only given once but who’s really to blame?

It’s WAY harder to say no to a friend than it is a complete stranger, right?

If donors feel they have a genuine two-way relationship it’s much harder for them to ignore your last ask, that newsletter or let your next phone call go to voice mail.

Ask donors questions, find out about their lives, their dreams and their motivations. Most people give to express their values, find out what those values are!

Do you get donors calling you pro-actively to update details? Guess what, they are your most engaged donors because they have a golden opportunity to walk away from you, but they don’t want to.

That call is an invaluable part of donor bequest scoring too – so make sure you flag anyone that contacts you to change their details!

You see a lot of this

“We haven’t heard from you in a while”

Let’s say a donor traditionally donates at Christmas time but they miss a year – we’ll probably say that donor hasn’t given for 2 years and it lapsing or lapsed, when in reality they didn’t respond once and who knows why – they could have had an expensive car repair, a medical procedure, they may have not even been in the country (which is just one reason why respond by dates can be a problem at certain times of the year!)

But the bottom line is that we’re treating them as a lapsed donor, but they don’t see that at all – in fact, the speed in which life passes by – that donation two years ago and often feel like it was recent.

Be careful what you say and like life in general, thanking people for what they HAVE done will always be received better than telling people where they came up short.

Love them or hate them, if you used them for acquisition and then you stop, expect your attrition rates to increase.

A premium-incentivised supporter has a different relationship with your organisation than one that’s giving to express their personal values or with a strong personal connection.

If your recruit with premiums, you’ll likely always need to incentivise the relationship in some way. The idea that you can wean a donor off premiums with an amazing case study sounds great in principal, but rarely works in practice.

If you’re in this situation, the question you need to ask yourself is ‘Is this worth the cost/resource to keep going?’.

A simple look at the longer-term ROI will give you the numbers you need to decide what to do.

This site uses Akismet to reduce spam. Learn how your comment data is processed.