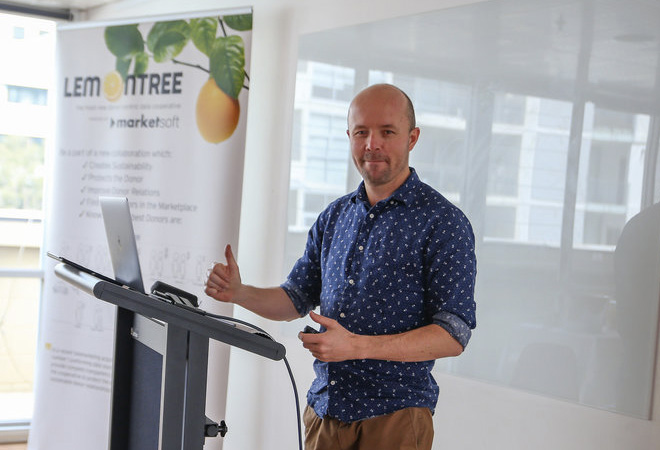 Get to know what drives the founder of LemonTree Fundraising

Joel Nicholson isn’t afraid to challenge a decision. His first foray into work was as a teenager in a fish shop, where he says he learned “the classics”; customer service and people skills. “But after about three weeks I got sacked,” he says. “I went back to the boss and said, ‘That can’t be right’. He took me back in.”

But that false start wasn’t the career he would first seriously embark on: “My first career was in professional golf,” Nicholson says. “It’s such a mental game. I was really challenged by the idea of conquering your mind. That was the appeal, but I definitely had a view towards making it right to the top in the world.”

After playing for a few years he followed his ambition to Europe for a season, but a survey of the other older players had him questioning the realities of a career on the green. “I discovered there are too many freaks in this world and there’s probably an easier way to make a living… I looked around and there [were] a lot of 29-year-olds still doing the golf circuit. They were winning about $10,000 or $15,000 a year. That’s below the poverty line, basically. So even though they were freakishly good talent, the vast majority were broke.” It was a sobering realisation.

Change may force you into new situations but those situations often don’t make sense until after the fact. “After golf, I wasn’t thinking, ‘Oh, I’m going to start my own business. I’m going to take over the world.’ I just literally came back, found a job and just started working in that,” says Nicholson. “After a number of years, the owners were on the verge of retirement, so I said, ‘How about I buy a part of the business?’”